This is also known as Hyperflexion/ Hyperextension Injury and refers to neck injuries sustained by suddenly jerking the neck backwards and forward as occurs in automobile accidents but can also occur in sports or even slip and fall accidents. This is a very disruptive injury that almost always leads to spinal degeneration over the long term unless attention is taken to repair the damage. In the neck the injured tissues can include the spinal 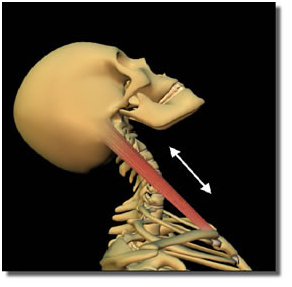 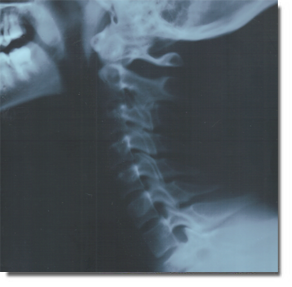 discs and the ligaments running along the spine. These include the anterior longitudinal ligament, posterior longitudinal ligament, intraspinous ligaments and potentially others. Muscles are almost always injured and become inflamed, particularly the Longus Colli and Sternocleidomastoid muscles. Evulsion injuries are common. The characteristic radiological finding after a car accident is the Military Neck (which is also referred to as Stage 1 Degeneration) in which the cervical spine has lost its natural cure and can even become reversed.  In many cases we also see a disruption of George’s Line, meaning the vertebrae are no longer exhibiting a smooth continuous relationship one on top of the other. This indicates severe ligament damage, disc injury and spinal instability. This is a serious finding and needs greater therapeutic attention.

Most people assume whiplash affects only the neck, but experience and research has shown the  low back can be severely injured also. We have had patients with little neck injury and significant low back injury. The reason for this is partly the biomechanics of spinal motion during impact in which the spine is initially compressed, but also seat belts which constrain forward motion and force the spine into sudden elongation. This can actually rupture lumbar discs, but in the least, cause significant sprains and muscle tearing.

In the initial stages of treatment therapy is usually directed at reducing inflammation with Massage, Cryothereapy,  Active Release Technique, Ultrasound and Laser therapy. If the spinal injury and instability is not too great whiplash can be treated with spinal manipulation.  However, many times this spine is too traumatized and the primary therapy should be traction along with myofascial release. In cases where the progress in therapy is stalled, we have found that many cases continue their recovery when placed on the DRX 9000 C. This is always done with care to assure there is not reoccurrence of instability.

Once someone has had a whiplash injury the status of their spine should be periodically monitored with x-ray to watch for signs of degeneration.