After in interlude, he moved to Los Angeles in 1967 to study acupuncture from Korean and Chinese practitioners

and their American students. During this time he also took courses in Swedish Massage, Shiatsu, Acupressure and Jin Shin Do. He also took a course in Iridology and Nutrition from Bernard Jensen, DC that started his lifelong interest in nutrition, which has continued to the present. In 1977, for 1 year, Dr. Janda worked at Harbor General Hospital Pain Clinic in San Pedro under Dr. Mok, M.D., as an acupuncturist.

Since that time he has been in private practice in Costa Mesa, California, practicing Chiropractic, Nutrition Therapy and Applied Kenisiology. For the past 17 years he has continued his education in Nutrition through numerous professional seminars. As a sidetrack, in 1988 he entered the Bruchion Art School in Los Angeles and studied Old Master Oil Painting for 6 years. He currently paints professionally on a part time basis.

In 1997 he began studies at the Rolf Institute in Boulder, Colorado and was certified in Rolfing Structural Integration the following year. This technique has been incorporated into his current practice. In 2002 Dr. Janda took the basic and advanced seminars in Dr. Nambudripad’s Allergy Elimination Technique (NAET) and was certified in that technique. In 2003 has continued his training through certification in the 3 areas of Active Release Technique (ART), the spine and upper and lower extremities. In November, 2003 he participated as an ART doctor treating athletes in the Ironman contest in Kona, Hawaii.

Dr. Janda now practices at Orange County Back Pain Clinic in Newport Beach and also in Temecula, CA. He has taken special interest in carpal tunnel and tendonitis symptomology and has developed effective procedures for diagnosing and resolving these problems. He also works on diverse musculoskelletal problems such as spinal injuries, whiplash, and athletic injuries. The Clinic has recently acquired a DRX 9000 C for spinal decompression to rehabilitate spinal discs that are degenerate, bulging or ruptured. This technology will eliminate the need for most disc surgeries. Through the use of nutrition he treats metabolic and female health problems such as PMS, digestive problems and toxicity. He is also interested in strengthening immunity and promoting longevity as well as the prevention of serious health problems such as heart disease and cancer. Dr. Janda believes that psychological, nutritional and BIO-mechanical factors are mutually interactive. His mode of practice is more akin to preventative Naturopathic Medicine but includes conventional Chiropractic.

Dr. Janda is licensed by the Pastoral Medical Association to provide natural health services and therapies to registered members of the Member Share Network. 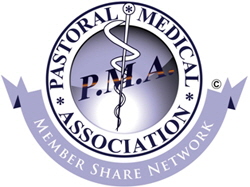